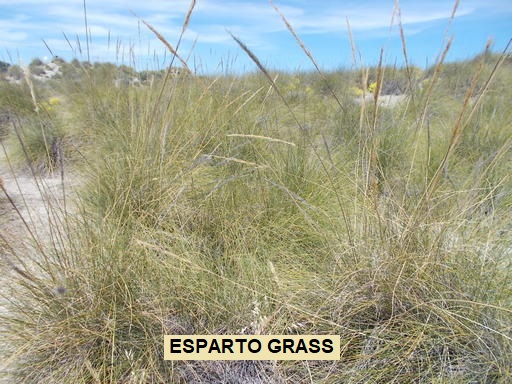 Esparto grass was of vital importance to the economy of the south of Spain in the 19th and 20th centuries. To look at it one wouldn't think that it was of any use for anything, but it was in great demand in Britain for the printing industry (in 1887 Britain imported 50,000 tons of esparto from Spain). Mainly produced and handled in the areas of Cortes de Baza, Cúllar and Benamaurel the esparto grass was carried in horse-drawn carts the 150Km to the coast (Águilas Port or Cartagena). One can see the extent of the esparto production in 1895 from the map of that year. Esparto growing areas are marked as 'VII'. 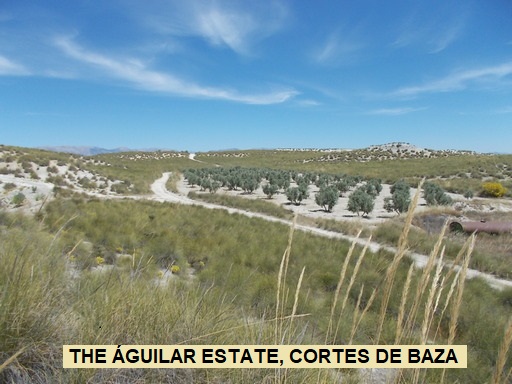 The estate in Cortes de Baza was owned by the Duke of Abrantes y Linares, Count of Águilar and represented the only form of income for the local population. It was rented by a variety of British companies who had large esparto processing plants on the coast, especially in Águilas, the first being, on 3rd March 1866, that of an Irishman by the name of Robert Cheney Johnston. In March of 1867 and April of 1868, Mr Johnston contracted the use of warehouses in Águilas for the storage of the esparto. The first exporter in Águilas was The Esparto Trading Company which was owned by the British, one of them being Philip Barron, the British vice-consul in Almería. Interestingly, George Loring held four shares in this company.

Labourers were employed on a salaried basis whereas other private estates had different arrangements whereby there were agents who organized the collection and transport.

When the GSSR arrived in Baza on the 16th December 1894, it solved the big problems of transport of the esparto to the coast to the extent that in 1920, The GSSR carried 31,000 tons of esparto to Águilas for export.

To emphasize what a boon The GSSR was for the esparto traders, before 1894 all of the esparto had to be transported to the coast by said horses and carts on terrible roads. The closest loading point would be Almería which is 96km (60 miles) distant as the crow flies, but the esparto traders were in Águilas, 112km (70 miles) distant across a number of mountain ranges. This would have required long trains of horses and carts, with the concomitant requirements of horse feed and accommodation for the drivers.

Cortes de Baza town was the centre of the esparto trade in the area, and it is interesting that the streets of this town are much wider (18 metres) than one would normally encounter in a Spanish inland town. Is it possible that the town was built with the ability to trade huge bales of esparto in the street without blocking horsedrawn traffic?

Esparto had to be treated before transport by ship. This involved fermenting the esparto in pools of water, ideally seawater. These pools were called cocedores and there were many along the coastline between Águilas and Cartagena. 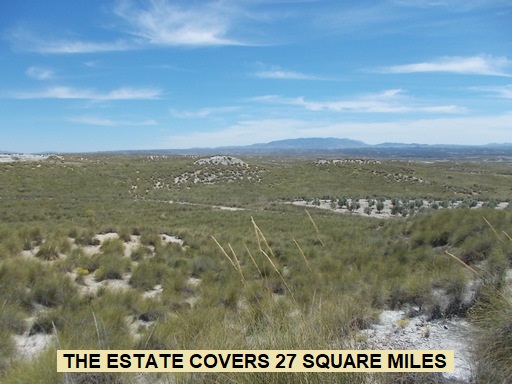 Nowadays, esparto has little or no use except for artisanal production of baskets, espadrilles etc. However it is still there covering thousands of hectares, standing regimented in rows and columns as planted many years ago. There is a museum in the area devoted to the history of esparto grass.

For a more exhaustive coverage of the esparto trade, see: Águilas and the esparto.