THE ORIGINAL GSSR ROUTE FROM FREILA TO GUADIX

Work on the original line between Freila and Guadix was started around the 1880s. The route passed over a number of serious obstructions in the form of gorges. As we will see, work had already started on levelling of the track of the first route before the second route was chosen and according to admittedly scant documentation, bridges had been ordered from Lecoq in Halle, Belgium, and delivered in sections. The major obstructions are listed below: 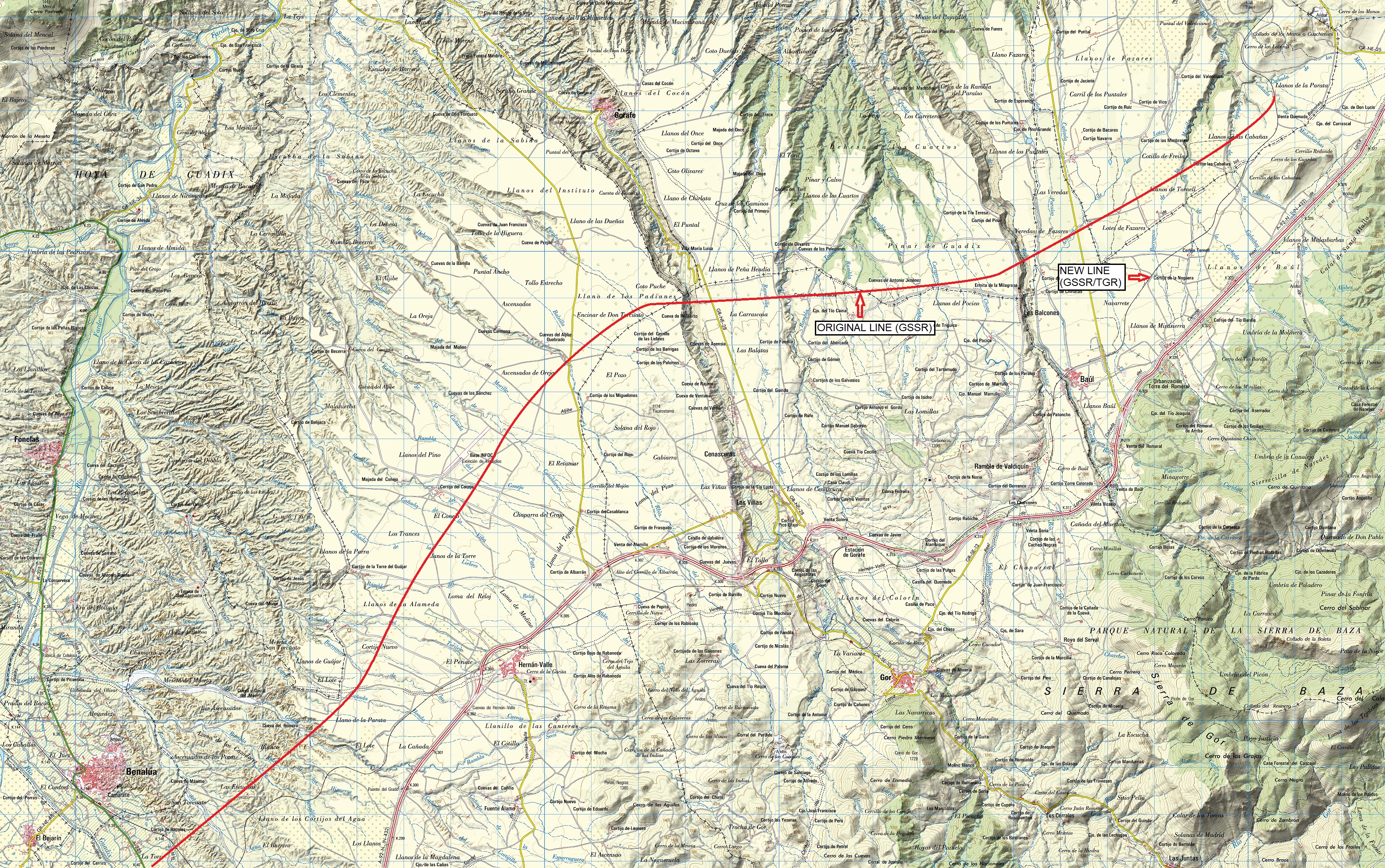 Click on map to enlarge. If the magnifier doesn't work, refresh your screen.

The point where the old and new lines diverge can be seen here. 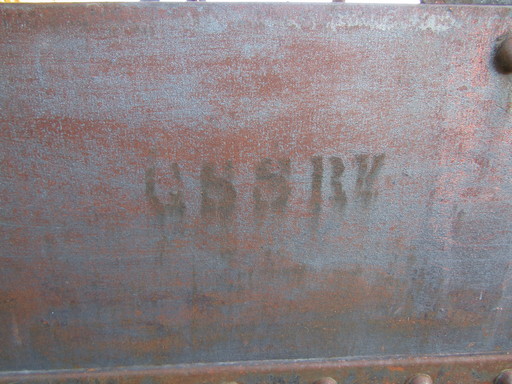 This marking is on the Baúl Bridge which is on the 'new' route. The bridge over Rambla del Grado is marked in exactly the same way. 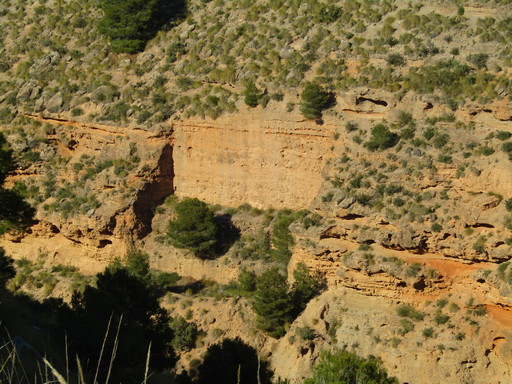 The site for the first Baúl Bridge showing excavations already carried out. There are also blocks of stone ready for the foundations of the supports.

The GSSR management had to save money somehow. One of the things they did was to re-route the section between Zújar-Freila and Guadix taking the line further south thus avoiding some of the gorges. However, by 1890, the GSSR was in terrible financial trouble and it was obvious that they wouldn't be able to finish the section between Baza and Granada in spite of having ordered a number of bridges and completed a fair amount of work, including much of the section between Guadix and Granada. See History.

Eventually, they had to sell the concession for the Baza to Granada section to the The Compañía de Caminos de Hierro de Sur de España but using The GSSR's plans. Eventually, The Granada Railway Co. Ltd. became a Spanish anonymous company called Compañía de Caminos de Hierro de Granada employing Ivo Bosch Puig who was the main shareholder, and it was this company that took over the running of the section. The GSSR sold the concessions, the existing works done, all hardware and were paid the costs of transporting bridges. The construction of the section between Baza and Guadix suffered so many problems that it didn't open to traffic until 1907.

Eventually, a journey between Granada and Murcia that was supposed to to be with one company by 1907 was over five!

As each company only provided a service on its section, this meant that the passengers and their luggage would have to alight the train and join the connecting one belonging to the next company...four more times than should have been necessary.

It is hard to understand why The GSSR originally chose the route that it did, requiring so many bridges when a slight detour would have made matters much less difficult. However, one needs to remember that there were no reliable maps of the area at the time, and the engineers were under great pressure to get construction started. A glance at the map will allow the reader to see how much easier would have been construction by diverting the route by just a few hundred metres. It is possible that they wanted to site Gorafe Station near to the town (4.5km) whereas the station on the 'new' route is 10.7km from there, but this hardly explains the willingness to build bridges when not strictly necessary. 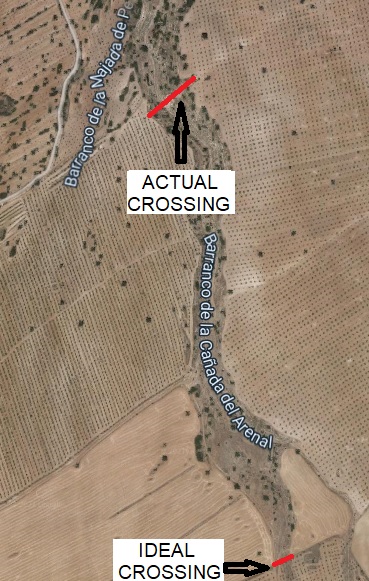 The map on the left shows the actual site for the bridge crossing Barranco de la Cañada del Arenal and the site 850 metres to the south where a small culvert would suffice.

One has to wonder whether there was a certain amount of bravado when The GSSR acquired the concession for the Granada to Murcia line with a 'we can build anything' mentality, but as Hett Maylor & Company Ltd were on a fixed contract, and were working hand in glove with The GSSR, one would expect that the managers at Hett Maylor would have suggested to their friends in The GSSR some track re-routing.