This cable, which continued down to Serón from the Las Menas main loader was responsible for carrying the iron ore from the mines Beltraneja, La Raja, Grajas, Francia, San Ignacio, El Telegrama among others. It was the second to be installed due to The Bacares Iron Ore Co having been the first to be attracted to the area by Gustave Gillman, the company needing extra facilities for the transport of the ore. 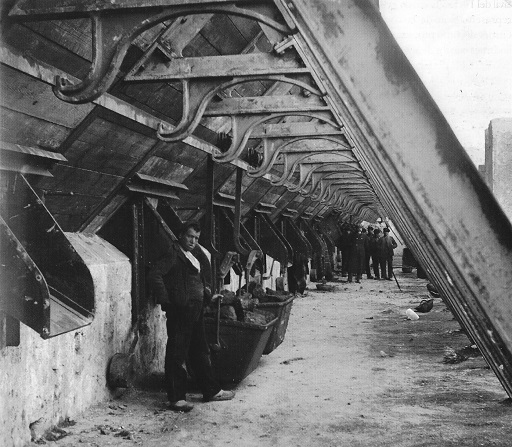 The cable was a Roe single cable system capable of transporting 50 tons per hour, manufactured by Ropeways Ltd. It was 13.684km (8.5 miles) long and in five sections. However, this map only covers the sections between Mina Francia via Mina San Ignacio and El Cortijuelo to Las Menas. See Perdigones Cable for further information of the cableway from Las Menas to Serón.

The image on the left (from 'Historia y Memoria de la Cuenca Minera de Serón-Bacares by Juan Torreblanca Martínez') shows the Bacares (Cortijuelo) loader. From this image one can see the strength of the structure (cast iron supports) and the rail whereby the carriers could be pushed under the chutes for loading. All that is left now are a few stones, sadly. 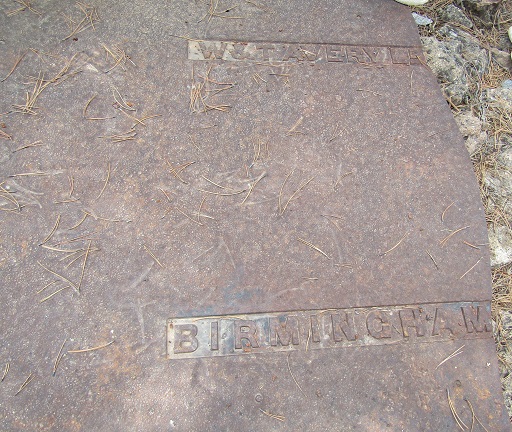 All of the buckets had to be weighed before being carried down to Serón station. All evidence suggests that the weighbridges were provided by W & T Avery as evidenced by the photograph, right, of half of a weighing plate with the name inscribed. This company also manufactured the weighbridge for Serón station.

From the Perdigones loader, El Cortijuelo shared the cable that went down via Las Menas and Perdigones to Serón station. The El Cortijuelo mining village was a mere 105 metres from the loader and 500 metres from La Raja and Beltraneja mines. This village, now in ruins, is inaccessible as the properrty is in private hands and fenced off.

Note: In spite of much searching, there was only one pylon base encountered between the Cortijuelo loader and the Francia loader.