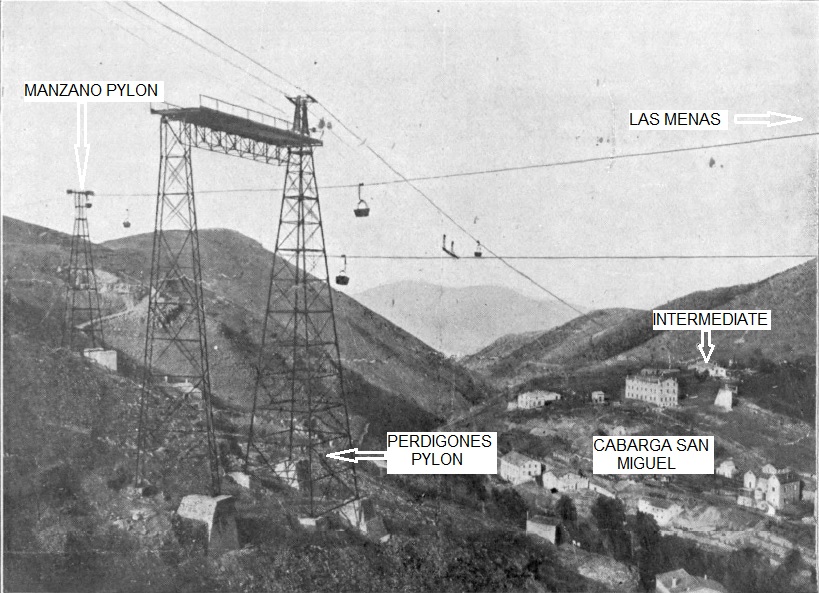 The Manzano cable was a 10,477 metre system of cabling serving many mines in Bacares and Las Menas.

It was owned by The Bacares Iron Ore Mines Limited (the 'English' ).

The first section built was from Serón station 1,848 metres to Las Lomillas. The second section was 3,553 metres from Las Lomillas to 'El Empalme'. From here the 305 metre cable to Manzano was built, being followed by La Leona, Santa Catalina, La Pastora, Tachuela and finally, Las Menas, 2,610 metres.

It can be seen from the photograph that there was a complexity of cabling, especially in the Las Menas area.

The cable used was the Roe monocable manufactured by Ropeways Limited. This steel cable was 26 - 27mm diameter, made up of six cords each of seven 3mm strands wrapped around a central hemp core.

Distances are as follows: