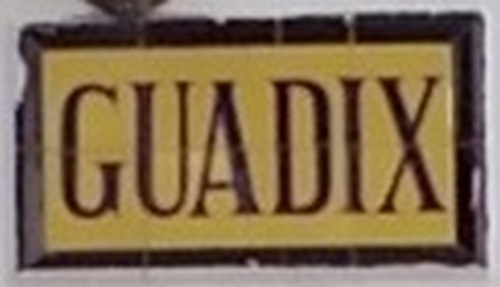 Actually part of The Granada Railway and The South of Spain Railway but originally intended for The GSSR. The GSSR never actually got here as it stopped at Baza due to The GSSR's financial problems. See History. On the eastern side is the now defunct track to Baza (The Granada Railway) and Lorca and workshops. The track on the western side is the Linares to Almería line and The South of Spain Railway (Granada - Guadix). This station is still in use for trains from Almería to Granada but not for traffic to Lorca (no track!).
As of September 2020 there is no longer a service to Madrid. The roof of the main building is grossly over-engineered with huge steel ceiling joists.
The station and the area has been the site of a number of films due to its interesting architecture and the wildness of the countryside.
One of the better maintained stations in the area. However, the main hall cafeteria is closed.