THE CUEVAS NEGRAS TO TÍJOLA CABLE

The Cuevas Negras cable carried iron ore down the the Tíjola loader up until 1909 when the mine was exhausted. See Cuevas Negras mines for more information.

Click on a point on the map below. Blue squares are cuttings, red circles pylon bases. The cable is in the centre of the map and can be found by moving the map up and down. See also a report on the mines. 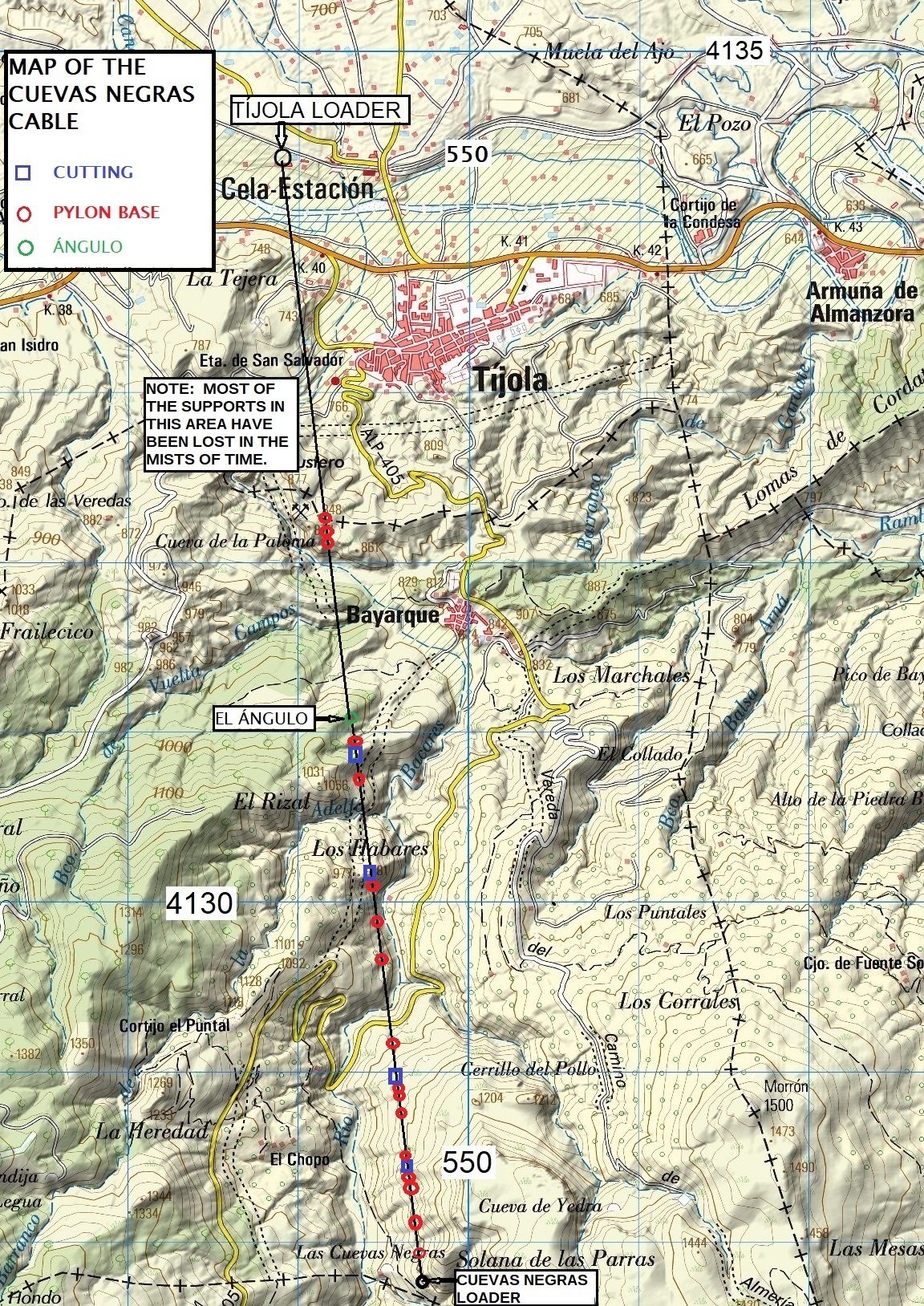